This one is a little out of sync, and belongs at the begining of the blog after our visit to Iguazu falls…

After a 19 hour bus ride from from Puerto Iguazu and exactly 2 weeks into our travel we arrived in Buenos Aires!

We spent 4 days in total and did the usual of :
– Visiting Puerto Madero, a more modern part of BA with loads of restaurants next to a river / canal.
– ‎Went to a tango show and learnt to tango, although I wasn’t too great at It!
– ‎Did a free walking tour to learn about Argentina’s political and economical situation.
– ‎Walked around La Boca, saw the football stadium from outside and visited Caminito.
– ‎Walked around in San Telmo (the older part of BA) on the Sunday where the antique market stretches over countless blocks.
– ‎Watched locals dance the night away in the open air Plazas.
– ‎Wondered around Pallermo, a cool trendy neighbourhood with lots of bars, restaurants and street art.
– ‎Did a free walking tour of Recoleta where we visited the Recoleta cemetery, the many palaces and parks in the neighbourhood. It was very fascinating to see that families used to live in these extravagant palaces and today there is still one palace which is occupied by a family. The owner left a will which didn’t allow his family to sell or make changes to the palace! 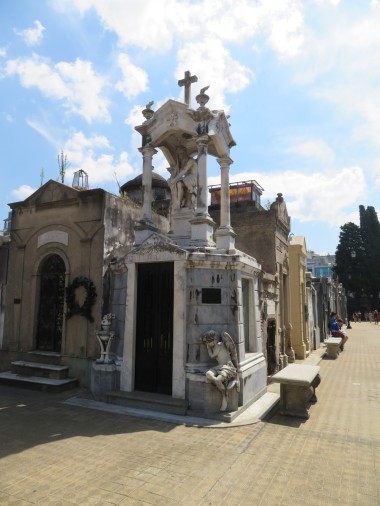 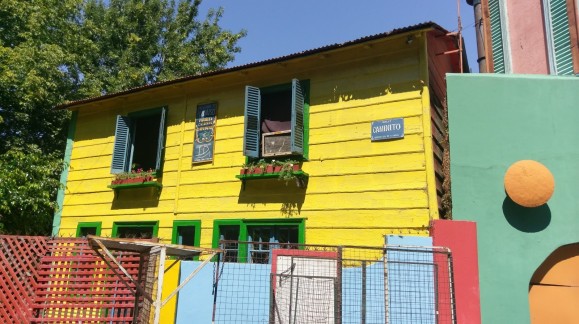 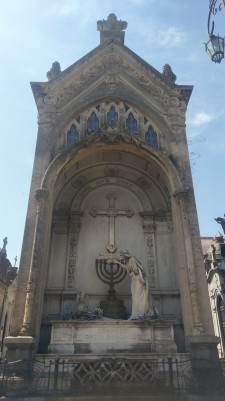 Few things we found interesting:
– The metro only cost 8 pesos per ride! Super cheap relative to other things in BA.
– BA is filled with rubber trees that are massive and great to sit under to get out of the sun! The oldest tree we saw was 200 years old.
– ‎The locals are very proud of their “biggest” avenue in the world.
– BA has a lot of Italian influence on the architecture of its building and it is how people showed off their wealth. The European influence in the city is due to the free flow of migration back in the day.
– ‎The inflation in Argentina is mad and people sell / buy houses in USD dollars.
– Cash is king in Argentina. In most places if you want to pay by card they charge you an extra 5 to 10%. Also to get cash out from a machine they charge a ridiculous amount in bank fees!
– ‎ATMs don’t get refilled on the weekend so machines often run out of cash. Whilst we were there, the banks were on strike on Monday so that was 3 days of no refills!! But then again I don’t know how often ours get refilled in NZ and the UK.
– ‎Between 1976 to 1983 the country was under a military dictatorship and 30,000 sons were lost and it was illegal to have a gathering of more than 2 people in the open. The mother’s of these lost sons wore old cloth diapers as headscarves and protested every week at Plaza de Mayo amongst other efforts to find their sons who had been taken by the dictatorship.
– ‎As it’s now inexpensive to carry out DNA test through the effort of the grandmothers of these lost sons, to date 125 of them have been linked back to their birth parents. One grandmother in particular, Estela de Carlotto’s story is very interesting and renowned, as she was reunited with her grandson after 36 years just a few years ago.

But mostly we indulged in all the delicious treats Argentina had on offer:
– I fell in love with Dulce Leche and had it as a spread on my toast in the morning, had it in my cookies, had it as a topping on my ice cream, had it as an ice cream and…..well, you get the gist!
– ‎Meat, meat and more meat! In particular barbequed meat (asado). The sausages are amazing!! Check out the bbq photo of a grill filled with chorizo to make choripan (a sandwich with chorizo and chimichurri)!
– Had an amazing Mexican ensalada and burger at a Mexican joint in San Telmo.
– ‎Ate at a famous Parrilla – Don Julio. We had to wait for almost two hours but they made the wait easy by drowning us in free prosecco, empanadas and chorizo.
– Tried “mate” type of tea locals drink and share around. They drink it off a cool looking cup and a straw which ensures when you drink the tea you don’t get any of the leaves.
– ‎ The italian influence also meant you could find delicious gelato and a modified version of pizzas! 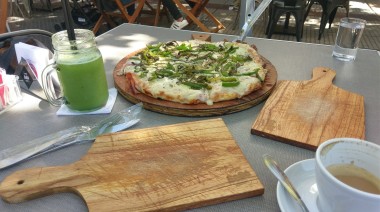 We both loved Buenos Aires and agreed that it is one of the cities we would be happy to live in.